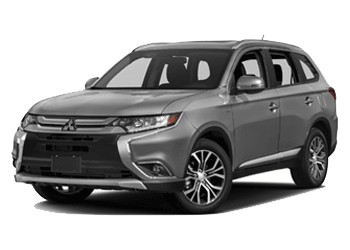 The chassis charts are attractive to the general public in a number of ways. On the one hand, it is possible to achieve the convenience of a luxury product with such models, and on the other hand, while driving on unconventional paths outside the road, a new style of travel and entertainment. Naturally, having a car that has the benefits of the above will be somewhat expensive, but for many people, it is justifiable and even prevalent in life. Selling high class class cars from compact and inexpensive Chinese crosstalks to high-priced and expensive Japanese chassis and brakes proves that there is a lot of thirst for buying these products in a country like Iran.

People in our country have had a good relationship with the so-called "cars" from the past, and they have been paying for models like Nissan Patrol and even Jeep Sahara. This is clearly evident in the stunning sales of Chinese and Korean crosstalkers, such as the S5 and the Hyundai Tucson, so it's natural if a few hundred million dollars were paid for some of the relatively expensive Japanese models, like Toyota Lancer and Lexus NX. Such a market is, of course, attractive for Mitsubishi and the Avtleder car, as it was known in the past few days, with the famous model of Pajjro as the most powerful and most luxurious Iranian chassis in the world.

About a century ago, Mitsubishi Motors Corporation was introduced. The industrial group was known as Japanese shipping giant before turning to the automobile, but it was dubbed the first Japanese automaker with the introduction of the first commercial gasoline brand in 1917. Mitsubishi continued to grow up to the 1970s and was among the most lucrative car brands in the world, but with the start of the 90s, sales declined and capital scarcity fell. Japan's oldest automaker fell from the start of the twenty-first century, and eventually had to sell all its production lines outside of Japan. Perhaps Nissan is considered to be the savior of Mitsubishi, having bought Lensar and Pajjro from a bankruptcy by purchasing 34% of the stock. The modern Mitsubishi car dealerships, including the Chassis Bridge O'clonder, now in Iran, seem beyond the previous models. Are provided. This is a sign of the right investment and excellent management of the Renault-Nissan Group at the top of Mitsubishi.