One of the most popular Japanese sports sedans, with a new version in the Iranian market. This article examines the features of the Mitsubishi Lancer and compares it to the Mazda 3 and several other models. 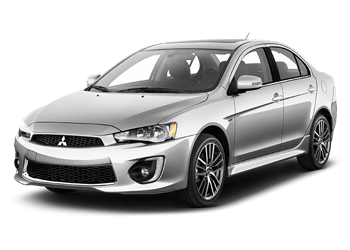 One of the most popular Japanese sports sedans, with a new version in the Iranian market. This article examines the features of the Mitsubishi Lancer and compares it to the Mazda 3 and several other models.

In the meantime, Mitsubishi Lancer can be considered the most junior car of the past two decades. Perhaps for today's teens, the name Lancer, and especially Lancer Evolution, does not mean much, but for the 60s and earlier generations it is a reminder of a product similar to the Nissan GT-R. For the generation who experienced the first 3D computer games and PlayStation consoles, Mitsubishi products were popular in Need for Speed ​​and Test Drive. Perhaps at the time the purchase of one of the sports models of this brand was a dance of adolescents, but after reaching the years after 2010, the time has changed and it must be admitted that Mitsubishi from other Japanese car giants has fallen behind.

In 1917, the Mitsubishi Motors Industrial Group was founded. Until then, Mitsubishi shipbuilding had a worldwide reputation, but by producing its first ride, the A model, 100 years ago, it succeeded in launching the first Japanese industrial truck. Mitsubishi was one of the largest automakers in Japan in the 1970s and continued its growth until the 1990s. The brand in the two classes of sport products and SUVs is the inspiration for other automotive manufacturers in the world, and is enduring in the history of this industry with a variety of models like Lancer and Pajigo (Shogun). By the beginning of the year 2000, Mitsubishi's sales had fallen sharply, and the company had to sell its production lines outside of Japan until it was close to the recent collapse. In 2016, Mitsubishi's largest stockbroker stock was sold to Nissan. With a 34 percent share of the Nissan-Renault group in Mitsubishi, the oldest Japanese automaker has a new life to save itself from complete bankruptcy.