Wherever you go, the clear and beautiful face of El-Nattera, which appears in the eyes, proves to be a successful car. 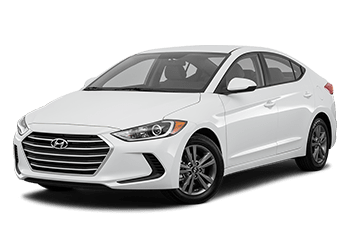 Hyundai El Nitra is one of the best-selling Korean cars in the world market, sold with a new face as the 2017 model in Iran. Here's a comprehensive review of the Hyundai El-Nattera and its comparison with other cars.

Until a few years ago, mid-sized family caretaker cars such as Toyota Camry were in great demand on the global market. These products still have a high profitability for their makers, but they face a slowdown in sales because households and the general public are more interested in crossover and cabin carriers at a price similar to those of family homes. On the other hand, the growth of urbanization, car traffic and fuel consumption, small and compact cars have also been taken into consideration. For many years ago, medium sized hatchbacks such as Volkswagen Golf were considered to be the most attractive option for the urban community; but, looking at car sales figures in the global market, we find that having a load booth, even in the smallest size, has become very important. However, the stunning sales of Toyota Corolla, Mazda 3, Kia Sorrento (Fort) and Hyundai El-Nattera in the global market are justifiable.

If you are interested in the car and the news about this industry, it's definitely familiar with the incredible growth of Korean giants, and especially Hyundai. Interestingly, Hyundai was formed in 1947 and the peak of the economic crisis associated with World War II, but today it has a higher commercial value than Audi, Nissan and Porsche. The Hyundai Automotive division began its operations in 1967, but nowadays, with the thirty-nineth place on the list of the world's most valued brands, has gained almost the same value as Ford America, while Ford, one of the oldest automotive manufacturers in the world, is 115 years old. Gets