The newest version of the ASUS Mitsubishi Crossover is pre-sales. This article reviews the comprehensive ASX model and compares it with cars such as Hyundai Tucson, Kia Sportuj and other similar products. 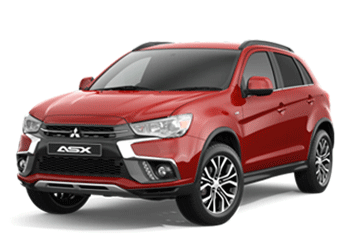 The small and medium size crossover class, beyond all other cars, has had the most growth in demand over the past years. Today, not only young people, but middle-aged people and populous families, prefer to drive a chassis to regular and even luxurious sedans. These conditions have led car manufacturers, such as Toyota and BMW, to predict their largest sales volumes in the coming years, especially for crossover users.

In the early 1970s, when the import of foreign cars was limited and for a relatively short time, Mitsubishi Pajero was the only modern boat of the Iranian market. With the Nissan Patrol assembly of the Parschodro and the old Land Rover and Land Cruiser models, the Mitsubishi Pajero was able to attract the attention of buyers who came to the right place with good ride quality along with the right welfare options. . Pajero, along with the Sedan Sport Lancer, left a great memory of the Mitsubishi brand in the minds of the Iranian people.

About a century ago, Mitsubishi Motors Corporation was introduced. The industrial group was known as Japanese shipping giant before turning to the automobile, but it was dubbed the first Japanese automaker with the introduction of the first commercial gasoline brand in 1917. Mitsubishi continued to grow until the 80's and was among the most lucrative car brands in the world, but with the start of the 90's, sales declined and capital scarcity fell. Starting from the 21st century, Japan's oldest automaker fell on a downturn, eventually having to sell all its production lines abroad. Perhaps Nissan is considered to be the savior of Mitsubishi, having bought Lensar and Pajigo from bankruptcy by purchasing 34 percent of its stock. The modern Mitsubishi carriers, including the Chassis Bridge Avtledrer and ASX, which today are present in Iran, look beyond Previous models are presented. This is a sign of the right investment and excellent management of the Renault-Nissan Group at the top of Mitsubishi.

Prior to 2010, Otlunder and Pajero were the only Mitsubishi driver. Based on the RVR model platform, which was known as the Midwest, the car company introduced the ASX in a small crossover class. The car is known in many parts of the world, including the Americas, as the Atlas Roadster, and is part of the brand's third-generation RVR. The ASX is still on the market with its first generation, but with 2017, it has become more attractive and now pre-sold in Iran.